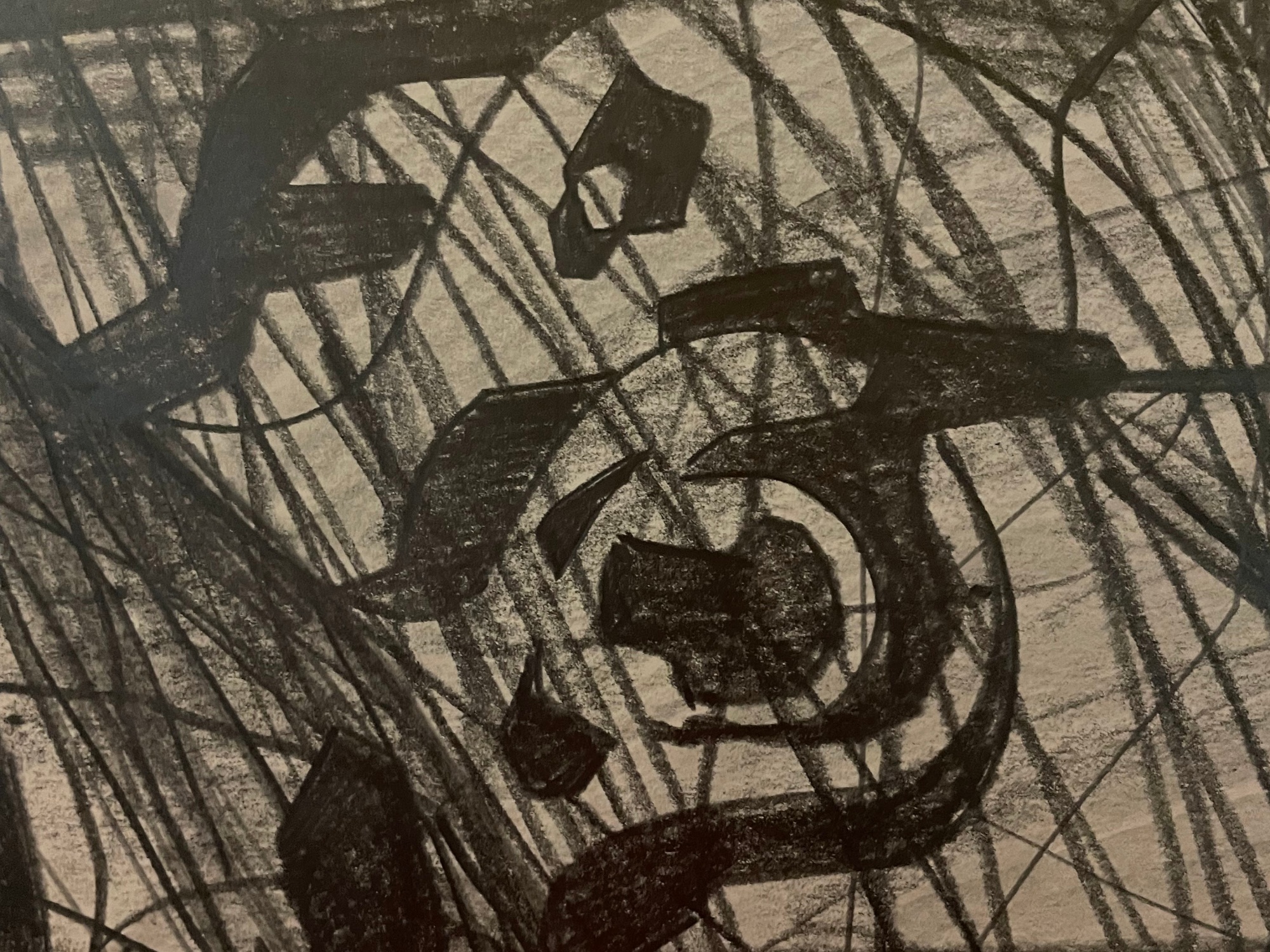 I am pretty tired as I attempt to write this. I may need to have a good rest and then return. Well, I went to bed in the end and had a good sleep only to return to this page. Drawing has been a great way to relax, I have produced five large scale drawings. They are around 60x70cm each which isn’t really huge but I was only able to work on a5 drawings for around three months. Next week I am due to do some street work which is long overdue. I don’t necessarily miss working on the streets because I have done a lot of that type of work over the years. I do still enjoy it though. The scale is like nothing else. I remember seeing large artworks in corporate offices and being envious of that scale. You would need a truck to take the art from one place to the next. With aerosol art, I get on that scale and as long as I get good documentation everything is good.

I have mostly been off social media and it has helped a lot. I find all of the manipulation and general side taking to be counterproductive. I think people only become more entrenched in their own ideas when they have opposing views to attack and rail against. There is always a for and against but most issues are more complex than people realise. Not everyone is simply for or against anything yet social media highlights those divisions. Instead of the complexities being examined people go on the warpath and then the whole issue is simplified into for and against. I think people are becoming more simple-minded by the day. Also, big media doesn’t help. So many subtle issues are swept under the rug. People don’t get good answers and then the entrenched patterns never end.

When you are in a bad environment, good things don’t necessarily happen as often as they should. People drift apart, battle lines are drawn. The State clamps down harder than before. People become aggressive and ready for an argument. You can’t reason with people. More biases appear. The main thing out of all of this is feeling happy within my own skin. There is a lot to be unhappy about though but as long as I am not wracked with anxiety I can cope. I was against getting the vaccine because I am largely a physical type of character who wanted to rely on my own body for protection against any viruses. My family became concerned and I was pressured into it. I was sick of hearing about all of the for and against arguments and didn’t want anything to do with it.

I got my first dose four weeks ago and I did everything wrong. I was exercising heavily which you are not supposed to do. I got inflammation and had a week of pain. I was overheating so my heart rate went up. I found on the second dose that if you slept with no bedding and light pyjamas your body temperature dropped and that meant you could sleep easily. If you did the light exercise you wouldn’t get inflammation so the second dose was hassle-free. I don’t feel any safer though and don’t buy into the vaccine. I would have been happier skipping it. I didn’t appreciate all of the pressure and would have been happy staying at home for another month if I had to. The whole rollout of the vaccine was initially botched.

I heard a lot of people complaining about inflammation and those types of issues after getting the vaccine. I have heard of acquaintances friends dying from the vaccine. It definitely isn’t as safe as people say. Also, a lot of people had no issues and didn’t even feel their first or second dose. Older active types were the ones who complained the most that I know. I do a lot of exercises every day so when I got the inflammation I also got a lot of anxiety. I haven’t had anxiety that bad since I was in my twenties. One thing I learned was you should take it easy for at least a week. Just light exercise, maybe some stretches. Some people overheat and others get cold shivers. Others will get both.

The main thing I don’t like is all of the divisions. If people don’t want to get it just leave them alone. Even if they have botched reasoning just give them a break. There may be an underlying reason for their position that is more complex than they can describe. I know of two people who were vaccinated who caught Covid and spread it so it does happen and people need to take precautions either way. Taking precautions is more important than any other way to prevent infection. I saw over 80% of people not wearing masks through the whole two years of the pandemic. Now with the vaccine, people are still doing the same thing. They are relying on things that are largely out of their control rather than taking control of their own ability to prevent infection through simple affordable solutions.