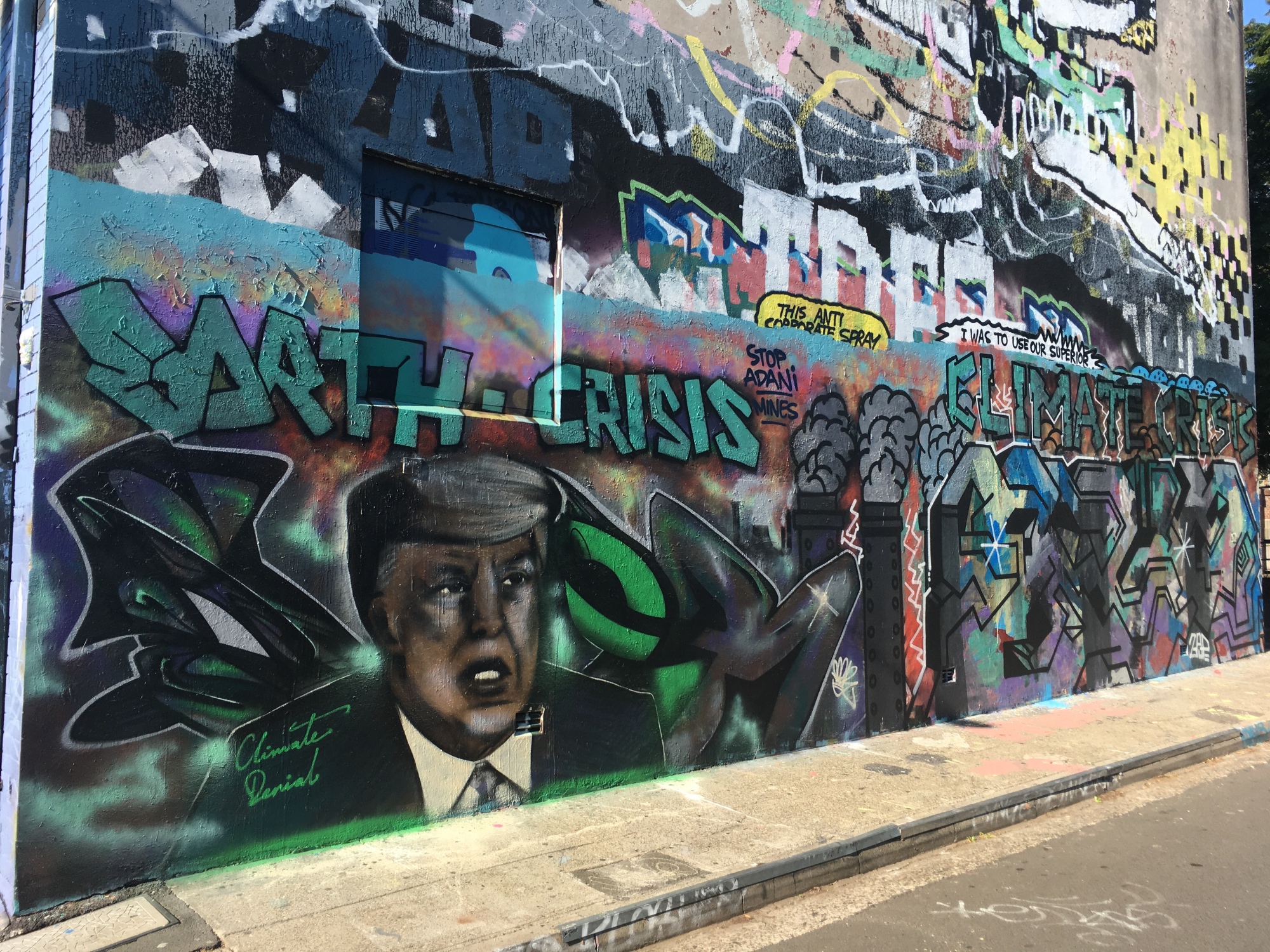 My Aunty made an interesting observation of the latest wall me and a friend did. The work of Anthony Lister with the self absorbed ballerina gazing at herself in a mirror contrasts against a backdrop of chaos. All the while focusing on her own reflection as a climate crisis, earth crisis is announced.

Kind of a reflection of the world we currently live in. Ignoring impending chaos for self interest. Ignoring the common good for short term gain. I respect Anthony Lister a lot though he is more like a rock god of art. He can’t really see anything other than the world he is in though he has a very sharp eye for the world around him. He observes and lets his characters do the work for him.

I also had a chat to another friend today about the disappointing result of the Australian Federal election. It seems we are in for more of the same. With a ramping up of coal when we need to be turning back from coal. It is sad. It seems we have our mirrors in our hands all day every day. A fractured view of a mass of faces staring into a screen that reflects the virtual world tearing the real world apart.

It does sound dramatic but that is the drama of the current age. I was talking to another friend and said it seems like we are back in the 1980s, better than the 50s I suppose. It depends on your point of view and age. You can only do what you do and do it as best you can. I am not really surprised by any of this. Money is the problem to the solution and the solution is a bigger problem again. At least I am happy and healthy. I suppose I can happily gaze at myself.