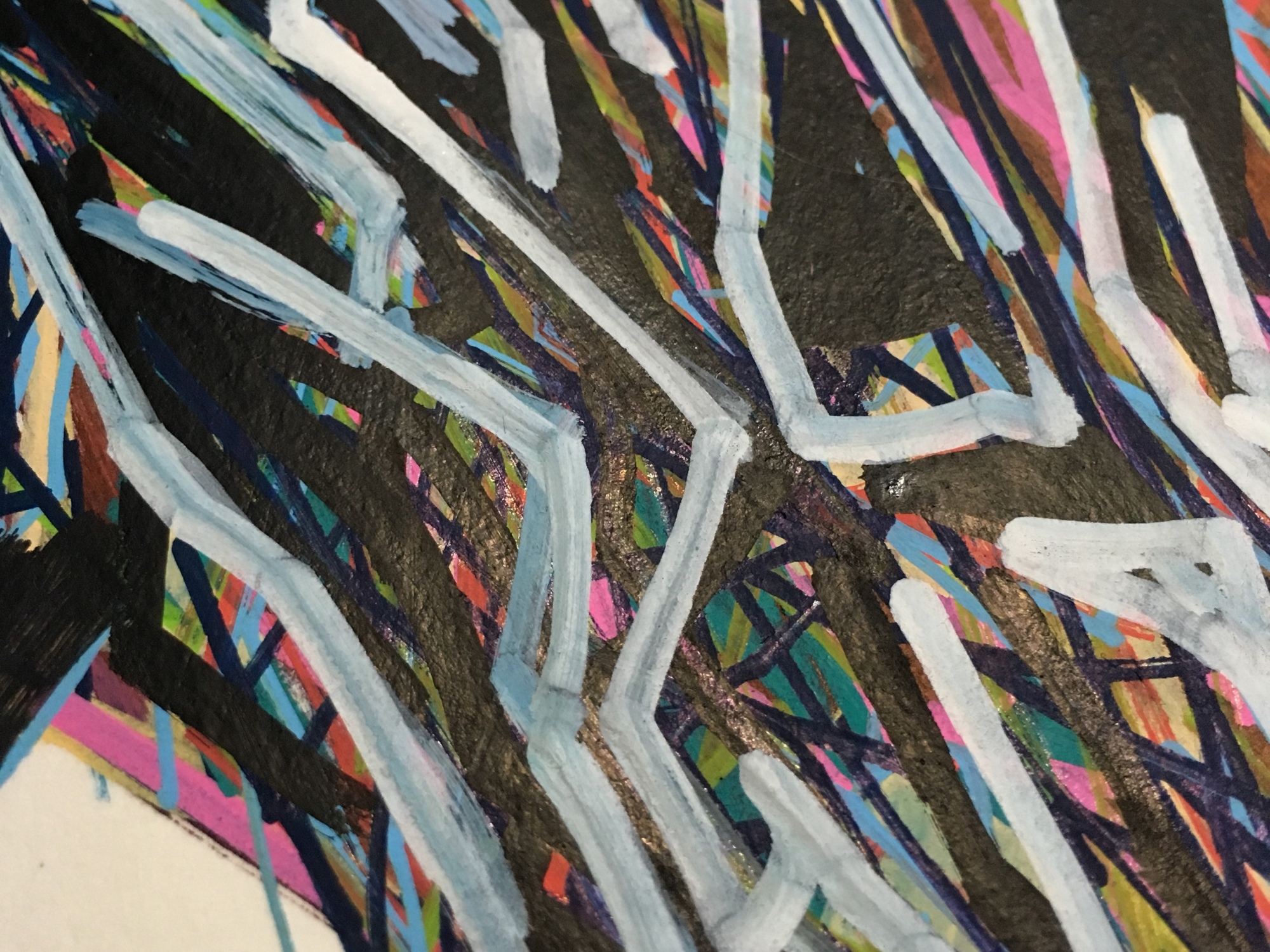 I always want to share things. The problem is if I share something, let’s say an image of my work it instantly becomes more about the platform. Since the rise of social apps I definitely see a lot of interesting work though it is like eye candy compared to seeing something in the flesh. Visiting a gallery becomes less and less of a routine because I can just sit back at home and see so much regardless. Also I have become a hermit which doesn’t help.

The biggest issue is quality. There is so much low quality work on social media. For something to get into a gallery it usually needs to be of a fairly high quality. Though there is high quality work on social media it is simply finding it that is the issue. The function of the platform is social so a lot of work gets rehashed in feeds dedicated to a genre like street art for example or graffiti.

These feeds are dedicated to popular work like something where a tree becomes a head of hair on a mural (yawn). It is like sandpaper for your eyes. My problem is this. What makes my work any better? The fact is it is a level playing field though tipped toward popularity. I no longer want to share as much as it becomes more noise in the system. That was initially the attraction. Just being part of it was enough, but….I am simply lost in it.

Writing isn’t so bad because it is not so much about popularity as much as thinking. To be honest I can deal with sharing writing as it less in your face as imagery. It is hard to write about a fire hose that has a face on it. Or a tree that is really the head of hair of a portrait. If there was more of that kind of writing I think I would wonder what had happened to the world.

There is the virtuoso illustrator and so forth. Strangely some of my friends say why not do virtuoso work.

It can seem so shallow. Sure a shadow looks like a shadow and the colours are nice but what of simply losing structure? Why not explore an approach that seems spontaneous and natural? Well to put it simply it is just another posture. Nobody cares. Yet again neither do I. I just don’t want to find myself painting dancing dinosaurs. I could just paint penises but what would come of it? There is no climax!

The reason I wrote all of this is that I was going to learn some Chinese calligraphy and wondered if it would be good to share on social media. One part of me was all for it but then I realised how self serving it is. Would I impress with my range of skills? Would I prove that I can do something different? Would I stroke my own ego? Would it simply become something for an algorithm to sort through and filter?

The actual calligraphy itself will be beautiful. It opens up a whole new world to explore for me. So most likely I will just take good edited photos and put it on Flickr and my blog rather than drain it of life and see it momentarily chewed on by an app that eats millions of images a day.